Early 2016 seven gifted latte art pouring baristas will fight for the ticket to Shanghai, where the World Championship will take place. Who are the baristas that want to represent the Netherlands? Let's get to know them a little better...First up, Kai coming out for de Blonde Pater. 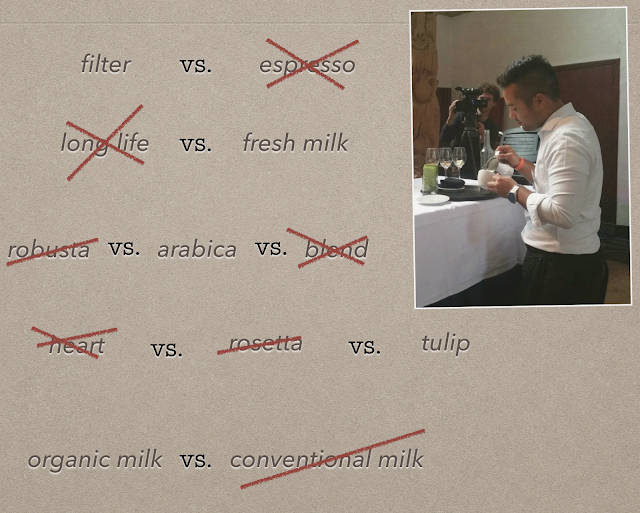 What figures did you pour for the qualifying rounds?

For my designer I poured a flying phoenix. My free pour consisted of a triangle of hearts.

How did you prepare?

A lot of practise...Plus I was so lucky to have Esther Maasdam [four time National Champion for latte art edit.] train me.

Who inspires you when deciding what figures to pour?

For the qualifying rounds Esther inspired me. I hope to design my own figures in the future.

How long does it take to learn a new figure?

I believe it differs per figure. Some are easier to master than others. It depends on the difficulty level.

And how do you master a new figure?

If you know the basics of latte art, really you can pour anything. You just need to figure out the right order of all the different parts. What steps of the figure do you lay down first, in order to get to the best result.

How are you going to make sure you win the National competition?

A lot of practising. Really, that is all I can do.

If you could change the Latte Art Championship format, what would you change?

No. It is a fun and exciting competition. Although the time you get for your run shouldn't be any shorter.
Email ThisBlogThis!Share to TwitterShare to FacebookShare to Pinterest