Cascara Banned in the EU?

What is a novel food and why can we suddenly not drink cascara anymore?

A lot of people have read this article "Is cascara actually banned? Mixed messages in The EU" by Perfect Daily Grind the last couple of days, which was probably inspired by the video James Hoffmann of Square Mile posted recently. 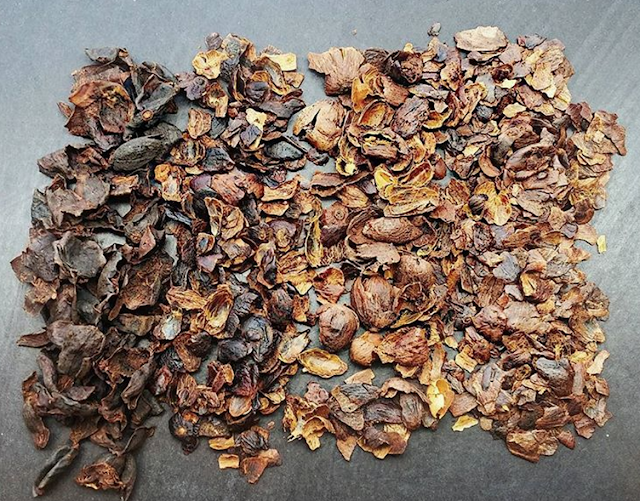 The article is quite short, slightly confusing and arguably incomplete causing some misinterpretation of what is actually going on with cascara in the EU. As someone working in coffee as head of quality, which not only includes quality control of the products, but also the food safety aspect, I wanted to give some background and further information on the concept of novel food and how it is linked to the use of cascara.

what is a novel food?

The whole idea is to keep people safe and not bring anything to the food market that could be harmful or even deadly to humans, literally food safety. For the EU this is regulated through the European Commission. A novel food is a food  is a food that has:

"not been consumed to a significant degree by humans in the EU prior to 1997, when the first Regulation on novel food came into force" link

A novel food can be something that is newly developed, a food that is produced using new technologies or food that is traditionally eaten outside of the EU.

Examples of novel foods that have recently been authorised for human consumption are chia seeds and stevia.

The EU has a Novel Food Catalogue. This lists products that are subject to the Novel Food Regulation and serves as a means to know whether a product needs authorisation from the EU to be used for human consumption.

It is in this catalogue where we find the novel food status of cascara.

So what does this statement mean?

The first time you read this statement you might think, so it's approved! However the paragraph at the bottom is crucial:

This last sentence means that cascara is not authorised to be used for human consumption.
Although the product 'coffee' is approved, the new use of making tea out of the cherries, is novel and thus needs to be authorised.
To get authorised, companies must apply to an EU Member State, presenting scientific information and a safety assessment that shows that the product is safe. The authority then decides if an additional assessment by the European Food Safety Authority is necessary.
The national authority can then allow the product if the European Commission and other EU countries do not object.

What does authorisation mean?

Applying for authorisation consists of scientific information and a safety assessment, which entails a product specification (levels of sugar, protein, salt, etc), a full toxin screening, a full microbiological screening, and a safety assessment where you have to try to prove that people who have consumed the product have not had any health problems due to this particular product. Not only is this very expensive, but the minimum trajectory of an application is 1.5 years. Yes, you read that correctly 1.5 years.

There is a simplified procedure called notification, where you have to establish that the novel food is very similar or has a "substantial equivalence" to an already authorised novel food. Why this is probably not enough for cascara is the fact that although it is also a coffee product, the use is completely different. Where roasting takes away a lot of risks -because of extended exposure to high heat-, the infusion of the dried cherry may not. Infusions especially under 100 degrees Celsius are tricky, food safety-wise, because it does not kill off certain risks. And there are probably different risks present when creating a syrup, or soda, or something different. New uses may require new authorisations or notifications. However it is something that is worth exploring.

So is cascara banned?

"As the European Commission's website says, "it is recommended to check with the national competent authorities". But if they do claim that Novel Food Regulations are the issue, feel free to show them this and ask for further clarification. We'd all appreciate it!"

Now, why is this incorrect?

As Perfect Daily Grind correctly states, even if cascara were to be approved as a novel food, national bodies might still ban it. This because EU Members still have the sovereignty to decide if a certain food should or should not be allowed. However, cascara as a whole is not authorised. An application for approval has not been submitted yet. And so there is no point to check with your national competent authorities. Cascara is currently not allowed to be used for human consumption. So if you are questioning if you should take if off of your menu? Yes, you should.

So if it's banned, why have we been drinking it?

Good question. As coffee husks are not banned from trading -because of low, low grade coffee, which often contains some husks or dried cherries- we have been able to buy and sell cascara without national or international authorities stepping in. However, more recently there has been an increase of interest from these authorities for coffee roasters and cascara. This is probably due to the fact that coffee has become increasingly popular. Additionally, as stated in James' video, a Panamese company has been contacting national authorities about cascara, which might have set off the interest of this product in the market.

When can we drink cascara again? A bright light in the distance?

Who knows? Fact is, an application for authorisation has not been made yet. It is extremely costly and takes a lot of time to get a product through the bureaucratic mill. There are not a lot of companies that catch enough revenue out of cascara to make this investment. The good news is that it might get a little easier in 2018, when we switch from the regulation EC 258/97 to EC 2015/2283.
Under this new legislation other country traditional foods have a slightly more lenient regulation, where full reports and scopes are not necessary. All that is needed -and this is still hard- is proof that this food has been used in this way for a long time in an other country, and nobody experienced any health problems due to this product.
As the popularity of cascara increases, hopefully there are companies out there that will jump through this hoop for all the consumers and other companies out there.

In the mean time, we might have to be careful with what we serve. Also with the coffee flower infusions that have been popping up everywhere.