The Amsterdam Coffee Festival 2015 and the Brew Fight Night 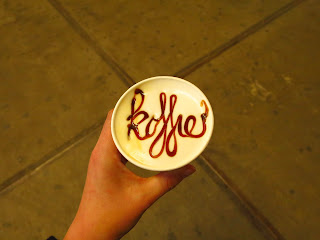 Last week was the week of the second edition of the Amsterdam Coffee Festival. And a big success it was. With an extra day, it did seem a little more quiet, however this also meant more room and time to explore. Such as checking out the new La Marzocco Linea Mini, getting your Hario red plastic pitcher bought and signed by Hiroshi Sawada, sitting a top of the Bocca stand for a good view and running by different national and international roasters and getting educated in the Lab. Including a talk by yours truly on extraction. 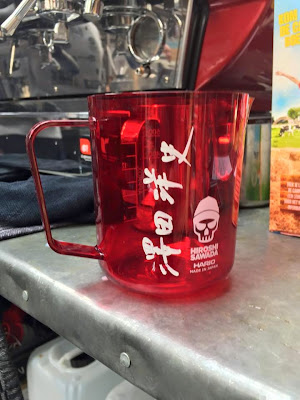 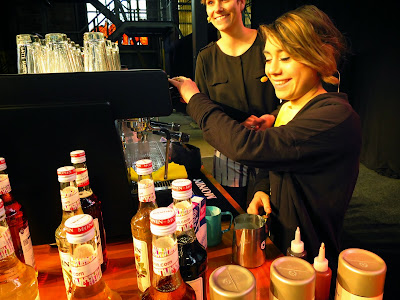 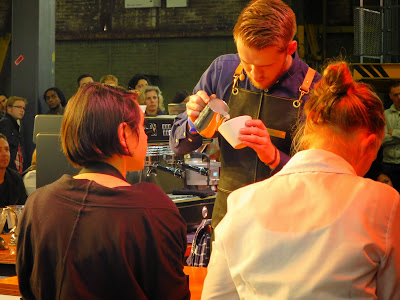 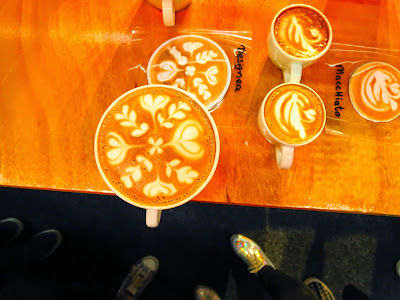 Not only that, but you could also check out the Dutch Brewer's Cup, Latte Art and Cupping competitions. And the Dutchies representing the Netherlands in Gothenburg are Rob Kerkhoff for Brewer's Cup, Nick Vink for Latte Art and Youri Joosten for Cupping for the second time. Congrats to all of them.

But the real competition as at night at the Stooker Roasting Company in the East of Amsterdam. The first European Brew Fight! Based on Brewer's Fight Club in Los Angeles, Stooker, Cafe Imports Europe and Third Wave Wichteln organised a coffee brew competition.

Besides twelve competitors battling it out, there were vegetable snacks and beer from Uerige Altbier from Düsseldorf and Oedipus. In three rounds of 10 minutes coffee professionals from all over Europe fought it out using their own coffee brewed on their own brew method. 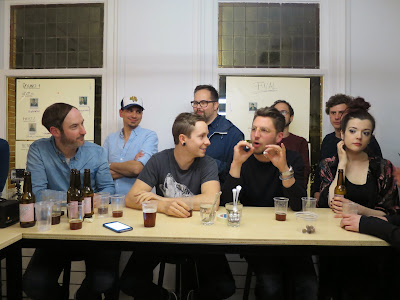 The coffees were judged by a panel led by Mateusz Petlinski of Woyton Roast Inc and consisted Florian Hessel of Stooker Roasting Co., Gabriel Dunn of Cafe Imports Europe and Thorsten Keller of Third Wave Wichteln. The night was led by Markus Reuter, who given a mega phone drove the party crowd crazy for coffee resulting in Xena the Warrior Princess battle sounds howling through the shop.

Twelve different competitors, twelve different coffees and a lot of brew methods. From V60's to French Press, Aeropress, Chemex, Kalita and even a tea bag, steeping the coffee in the pitcher. 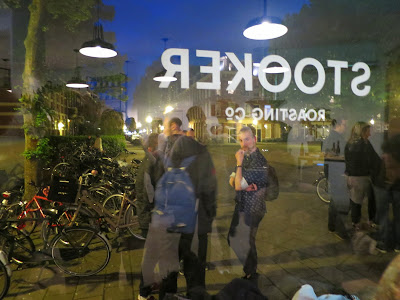 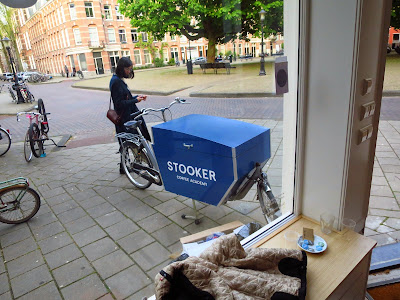 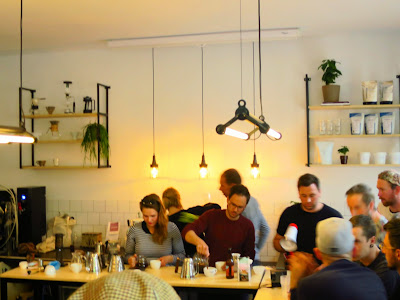 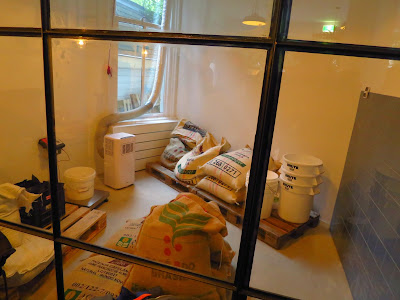 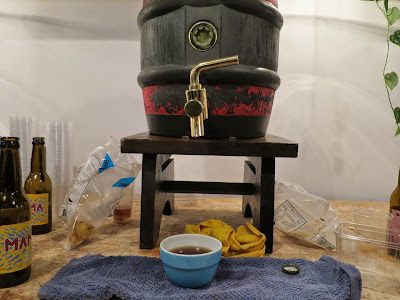 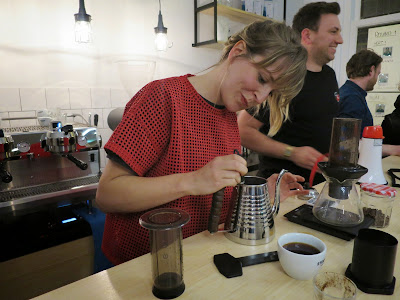 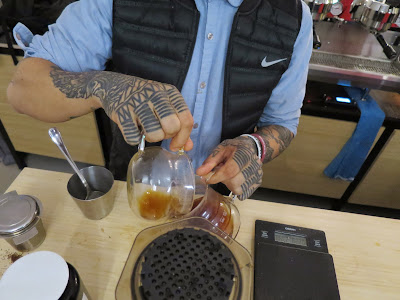 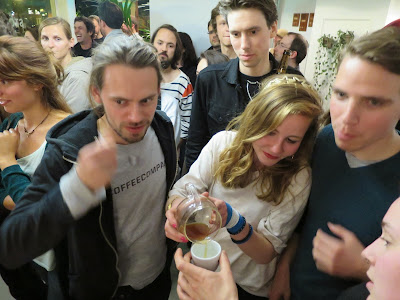 The final round was battled out between Keng Pereira using a Colombia Gesha roasted by the Coffeecompany and Mr. Hoban with his own Ethiopian Hachira coffee. And with Keng's always the runner up and not the winner tradition (he placed second at the 2015 Dutch Barista Competition), the ultimate Brew Fighter was Mr. Hoban. He went home with an Acaia White Pearl, sponsored by Duismann Coffee Company, a Cafe Imports goodie bag and some colourful Acme Cups. 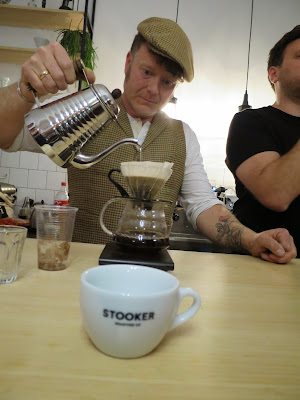 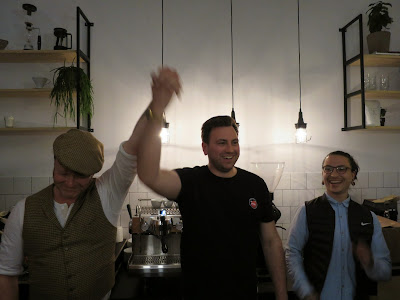 Want to see more pics? Check out the Coffee Strides Facebook Album.
Email ThisBlogThis!Share to TwitterShare to FacebookShare to Pinterest