I post photos on Instagram on a regular basis showing my coffee and tea drinking habit. Plus some running pictures are inevitably going to be passing by. Once a month I bundle these and talk about the photos on my blog.

» Experienced Buchu for the first time, a lovely gift from Mevrouw Cha. This South African plant can only be harvested by licensed pickers and creates this extremely fragrant infusion with notes of mint, pine and lemon. Also really nice as a cold brew. The best new discovery of the month. 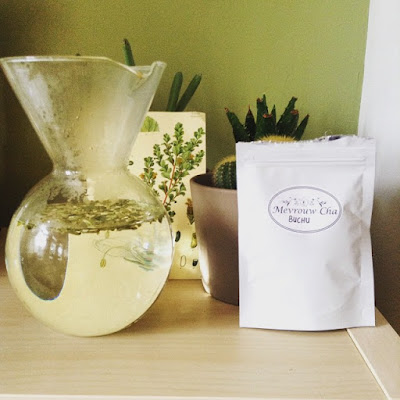 » May also meant the last few weeks before the Dutch latte art finals. As coach to friend 'B', we spent days and days training for the event. Pouring roses and swan-like contraptions, etching flowers, reversing cups and figures multiple times per cup and squeezing it all into a ten minute perfect run, for which she received a 100% score on her technical sheet and eventually a second place. Proud of what we, and especially she, accomplished. Especially cool to see my brain child of last year, the clever dripper as milk jug, being used by so many contestants this year. 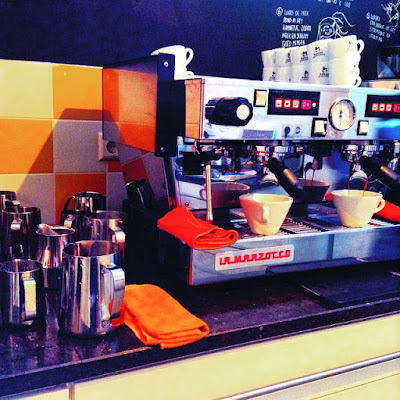 » As I went to the London Coffee Festival at the end of April, I brought back some coffee gems from London to try and brew at home. 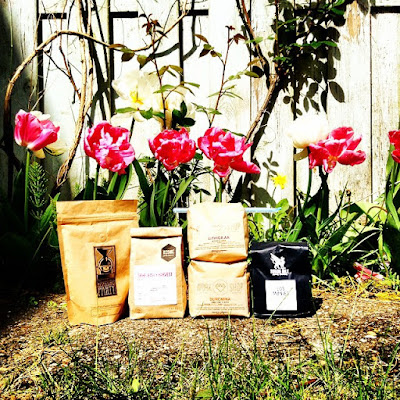 » May 2015 marked the month of my ten year anniversary in the coffee industry. I started off as a barista in one of the shops of the Coffeecompany to earn some money during my student years. After three months I was the 'best barista' of our shop and competed in the in-company barista competition. Three years later I became a coffee trainer, moving on to training manager and later international coffee education manager, product developer and now quality coordinator. But it all started here, with pulling espresso's. 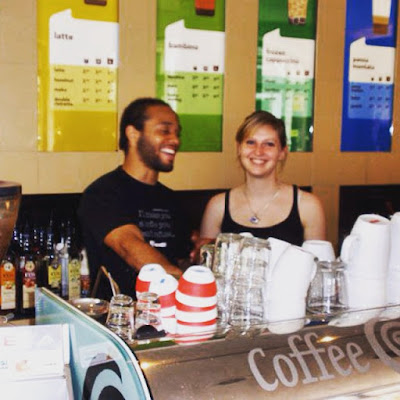 » And there it was, the Amsterdam Coffee Festival. Where Rob Kerkhoff became the Dutch Brewers Cup champion, Nick Vink won the Dutch Latte Art competition and where Yoeri Joosten became the Dutch Cupping champion for the third time in a row. 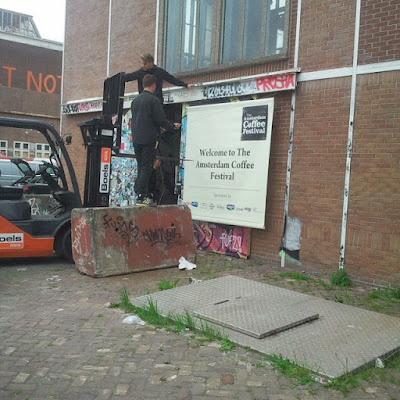 » But there were other competitions out there as well. Such as the Brew Fight Night at Stooker; 12 baristas, 10 minutes, bring your own beans and brew method. Who won? Read about it here and flick through the album on the Coffeestrides FB page. » And of course, some home brewing pics made it to Instagram as well. Here a crisp Spring pic of a Kalita in the garden with an Ethiopian Reko coffee roasted by White Label. 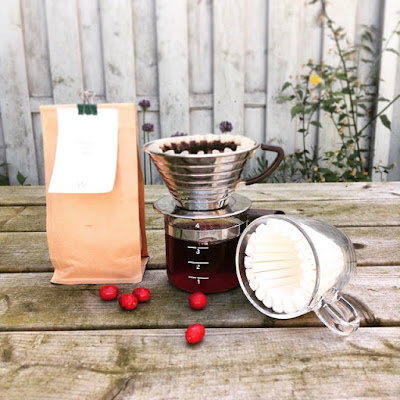 » This month the Coffee Crawl went to Eindhoven, with this shot taken at the very lovable and cosy Stadsbranderij. Read about all the different crawls here. 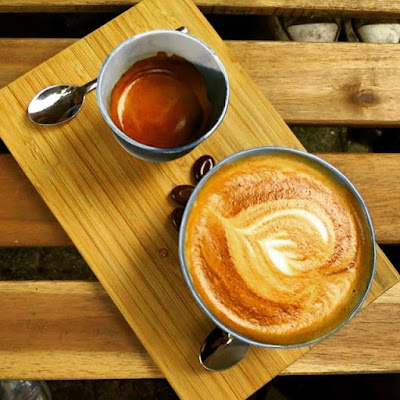 » Oh, and I celebrated my 30th birthday this month. Which called for some higher level baking skills. Which is why I tried my hand at this vanilla and lemon curd layered cake with Italian meringue butter cream, which was an adaptation of this recipe on completely delicious, and delicious it was. 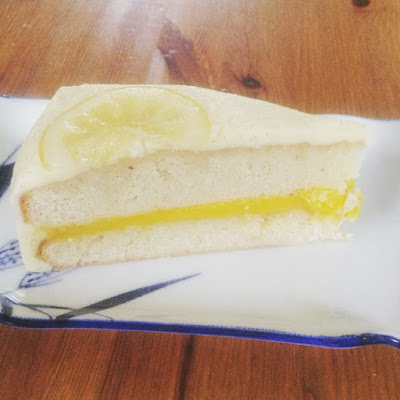 See you next month!


Want to see my other pictures? Check out my Instagram at instagram.com/ceriannebury.
Email ThisBlogThis!Share to TwitterShare to FacebookShare to Pinterest